The city of Bandung is located in the West Java region and is the capital of the Province of West Java. Bandung City is located between 107 East Longitude and 655' South Latitude. The location of the Bandung Municipality is quite strategic, in terms of communication, economy and security. Here are the products of innovation and achievements from the city of Bandung 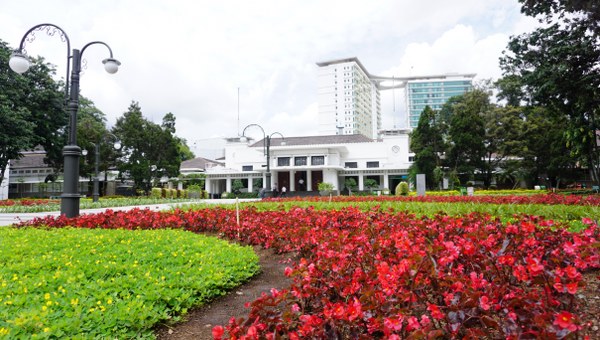 Initially, Bandung Regency had its capital at Krapyak (now Dayeuhkolot) about 11 kilometers to the south of
the present city center of Bandung. When Bandung regency was led by the 6th bupati, namely RA
Wiranatakusumah II (1794-1829) who was nicknamed "Dalem Kaum I", power in the archipelago shifted from the
Company to the Dutch East Indies government, with the first governor general Herman Willem Daendels
(1808-1811) . In order to carry out his duties smoothly on the island of Java, Daendels built Jalan Raya
Pos (Groote Postweg) from Anyer at the western end of West Java to Panarukan at the eastern end of East
Java (approximately 1000 km). The construction of the highway was carried out by the indigenous people
under the leadership of the respective regional regents.

In the Bandung area in particular and the Priangan area in general, Jalan Raya Pos was started in mid 1808,
by repairing and widening the existing road. In the present Bandung area, the highway is Jalan Jenderal
Sudirman - Jalan Asia Afrika - Jalan A. Yani, continues to Sumedang and so on. In order to smooth road
construction, and to make it easier for colonial government officials to visit the bupati's office,
Daendels in a letter dated May 25, 1810 asked the Bandung Regent and Parakanmuncang Regent to move the
district capitals, respectively to Cikapundung and Andawadak (Tanjungsari) areas, closer to Jalan Raya Pos.

Daendels apparently did not know that long before the letter was issued, the regent of Bandung had already
planned to move the capital of Bandung Regency, and had even found a quite good and strategic place for the
center of government. The place chosen is a vacant land in the form of forest, located on the west bank of
the Cikapundung River, the south bank of Jalan Raya Pos which is under construction (now downtown Bandung).
The reason for the relocation of the capital, among others, is that Krapyak is not strategic as the capital
of the government, because it is located on the south side of the Bandung area and is often hit by floods
during the rainy season.

Around the end of 1808/early 1809, the regent and a number of his people moved from Krapyak to deny the
land for the new capital. At first the regent lived in Cikalintu (Cipaganti area), then moved to Balubur
Hilir, then moved again to Kampur Bogor (Kebon Kawung, on the current Pakuan Building land).